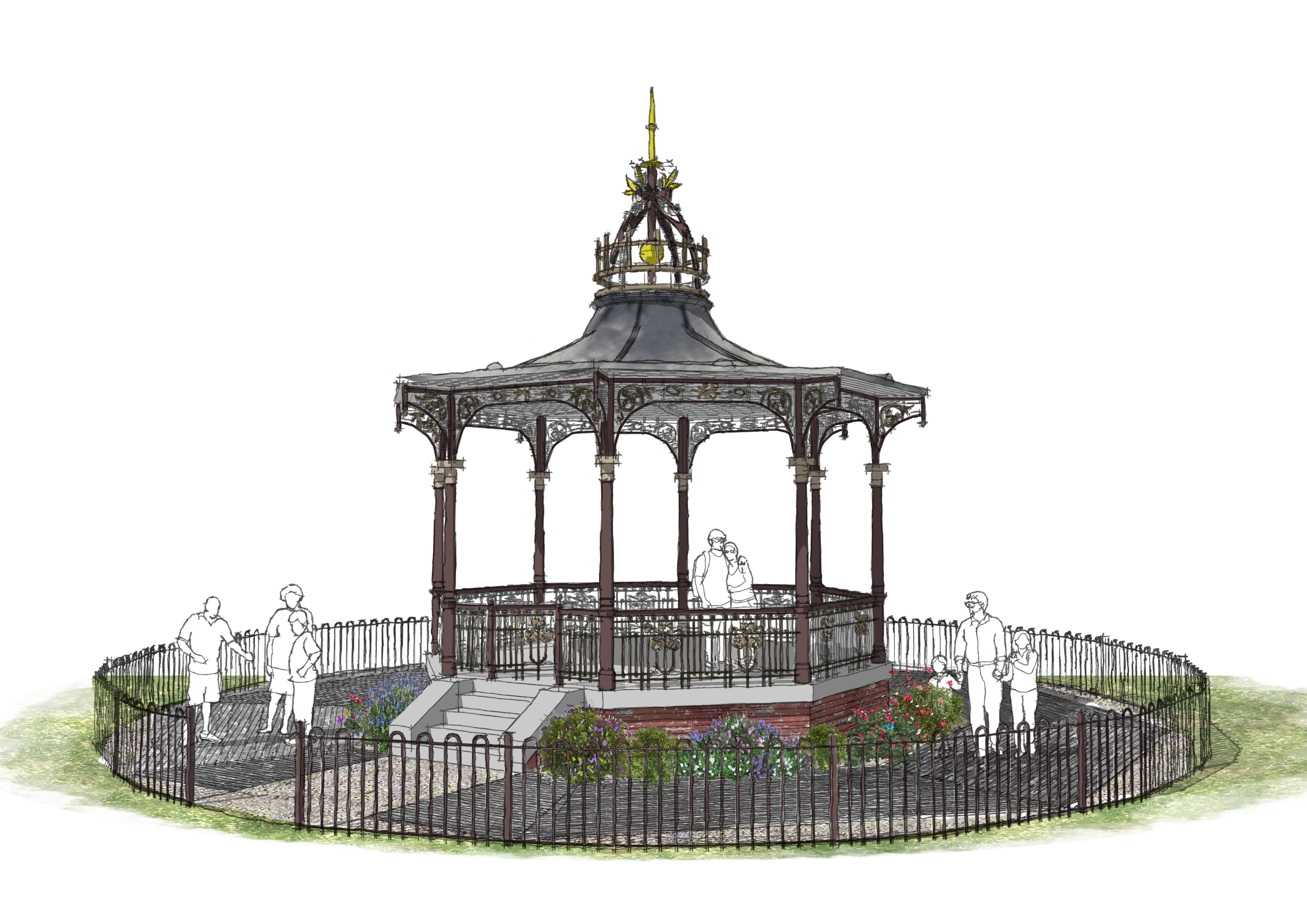 The bandstand and its restoration

Built by McCallum & Hope Ltd of Glasgow, the elegant Edwardian bandstand, ​believed to be installed in 1905, has been the venue for many musical performances. One of Beckenham’s most famous residents, David Bowie played at the bandstand at Growth Summer Festival in 1969 which was organised by the musician himself and The Beckenham Arts Laboratory. This has led to the bandstand being know locally by some as the ‘Bowie Bandstand’.

Efforts to restore the bandstand are continuing following the desperate news of David Bowie’s passing in January 2016.

The bandstand which is Grade II listed, once restored, is planned to not only become a permanent and fitting tribute to a superstar musician admired and missed by millions, but hopefully a site where future legends might also one day cut their teeth as well. The council is working closely with the Friends of Croydon Road Recreation Ground other local partners on the restoration project.

To date, an impressive £250,000 has been raised towards the bandstand restoration project by its many supporters, which has enabled the appeal to move to the next stage.

Purcell have been appointed as Conservation Consultants for the project. They have been working with the council and stakeholders to develop designs for the restoration that are sympathetic to the heritage of the bandstand and which facilitate its future use as a community facility.

Purcell and their contractors have carried out a number of surveys on the bandstand to inform their proposals, including one to assess the current condition of the structure. They have also commissioned a paint historian to try to identify the original paint colours used. This has enabled designs to be developed that are within keeping of the bandstand’s original look and feel.

The current plans for the bandstand include:

A planning application and listed building consent have been submitted which members of the public can view and submit their comments. The designs will also enable the council to secure prices for the work.

If you would like to support the restoration works, please see our donation page